Most Viewed Twitch Streamers of All Time 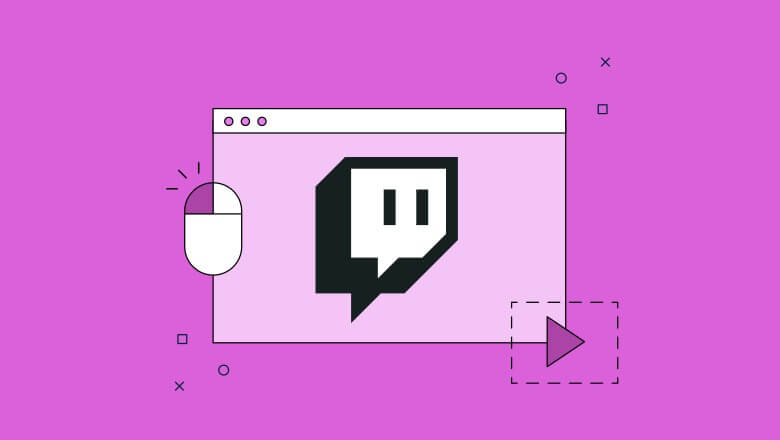 As a budding Twitch streamer, you must learn about the Twitch greats that have come before you. To learn what has been achieved and what else is there to achieve will give you a clearer picture of where you stand with your newfound career as a streamer.

In this relatively new entertainment frontier, you will have to be informed about everything to get ahead in the streaming game. Who you can model your streaming to is a good place to start. And to do that, you must be familiar with themost viewed Twitch stream by the most popular Twitch streamer of all time. Read below for more!

Most Viewed Twitch Streamers of All Time

Compared to the more established forms of entertainment like movies and TV, Twitch is a very young platform. Despite this, Twitch has already produced personalities whose streams (and income) can be considered to be legendary. Here are 10 of the most viewed streamers of all time. Take note, dream, and be like them.

xQcOW, xQcLoL, xQc, or Felix Lengyel in real life, is a Canadian Twitch streamer who began his streaming career in 2019 and gained popularity in the League of Legends. He first made a name for himself in 2016 as an e-sports athlete playing for the Dallas Fuel in the first pro season of the Overwatch League. Controversy and scandal blemished his career as a pro gamer, and Lengyel decided in 2019 to completely switch to Twitch streaming.

As a content creator, he did streams for e-sports organizations such as Sentinels and Luminosity Gaming. The greatest accomplishment Lengyel has achieved so far was to be the most-watched streamer of 2020 and 2021.

Summit1G, or Jaryd Russel Lazar, is an American Twitch streamer who has made waves as a professional Counter-Strike: Global Offensive (CS: GO) player under a few minor e-sports teams. Lazar is considered to be one of the first ones to achieve views in the millions as he started streaming in 2012 – just a year after Twitch was launched. Lazar focused on streaming CS: GO and WarZ. He also streams other games like GTA V, Overwatch, DayZ, and Hearthstone.

In 2017, Lazar’s Twitch streaming career hit new heights when his follower count surpassed that of Syndicate’s number of followers. Syndicate was, at that time, Twitch’s most followed streamer. The next year, Lazar was Twitch’s undisputed king of streamers as 2018’s most-followed Twitch channel.

Gaules is a Brazilian Twitch streamer who currently has 3.8 million followers on the platform. Gaules has had a colorful career in e-sports, specifically in CS: GO, where he was the first-ever coach to win the World Championship in 2007.

Gaules is now a full-time Twitch streamer and streams every day to his largely Brazilian following. His streams have garnered a total of over 412 million viewing hours and are not stopping anytime soon. This streamer mostly streams his games of CS: GO, Valorant, and other casual games. A visit to his Twitch channel reveals that a huge part of his revenue and income comes from multiple corporate sponsorship deals, from multivitamins to telecom services.

Shroud, also known as Michael Grzesiek is a Canadian native who is most known for a stellar career in CS: GO. He played under the banner of various professional e-sports teams like Exertus eSports, Manajuma, Complexity Gaming, and Cloud9. At Cloud9, he led the team to a title-winning season in the ESL Pro League of 2016.

Shroud retired from professional gaming in 2018 to focus on Twitch. The next year, 2019, Shroud hit his first major Twitch milestone of gaining 114,000 followers. A substantial achievement at that time where he became the second most-followed streamer of all time.

Grzesiek, in the same year, made a brief switch to Mixer – Microsoft’s streaming platform, which he would ultimately leave when the platform shut down. Shroud made the return to Twitch in 2020 and has garnered awards like Gamer of the Year of 2022.

Richard Tyler Blevins, or Ninja, is an American streamer who is one of the few e-sports athletes that has transcended the world of gaming to gain some popularity with the mainstream masses. In the later part of the 2010s, Blevins made various appearances on TV and in films. He guested in the Masked Singer, Nickelodeon’s Unfiltered, Duncanville, and Home Economics. In 2021, he played himself in the film Free Guy. In 2022, he played the Party Monster in Hotel Transylvania: Transformania. Ninja currently has 18.4  million Twitch followers.

Saqib Ali Zahid, or Lirik, is an American game streamer who has amassed 262 million hours of watch time on his channel, where he plays World of Warcraft, DayZ, and PlayerUnknown’s Battlegrounds.

Notable moments in this streamer’s career include calling PlayerUnknown’s Battlegrounds a “stale” game that was “riddled with bugs,” not transferring over to Mixer when some popular streamers were making the switch in 2019, and being offered a multi-year contract by Twitch in the same year.

Nicholas Kolcheff, or Nickmercs, is an American streamer who became famous for playing as a professional Gears of War player and even won the Gears of War 2 National Championship in 2009. Kolcheff is primarily a first-person shooter gamer, and fans love his aggressive play style. His streaming career spanned different platforms that started with Justin.tv, transferred to YouTube, and eventually Twitch, where his channel has 261 million hours of views.

Tyler Steincamp, or Tyler1, is an American streamer who is famous for streaming League of Legends games to his 5 million Twitch followers in a tank top. Known for being disruptive and toxic, Tyler1 was banned from Twitch for a couple of years. He even earned the moniker “The Most Toxic Player in North America.” Despite this, his Twitch has garnered 259 million hours of total views.

Turner Tenney in real life, Tfue has 234 million hours total on his Twitch.  A Fortnite player these days, he also streamed Call of Duty and Destiny. A member of the Faze Clan, he has notable bans on Twitch for making racial remarks on one of his streams.

John Betar, aka TimTheTatman, is an American game streamer who has a total of over 7 million followers on Twitch with 209 million hours of watch time. Betar has been streaming professionally since 2014 and has streamed games like CS: GO, World of Warcraft, and Fortnite.

Go Pro or Have a Big Personality!

These seem to be the only 2 things that get streamers to be in the upper echelons of Twitch streaming. Work on either of them, and you’ll have a shot at being a streamer as big as the people we mentioned. Just remember to keep your feet on the ground, have fun, and stream every day!