How Much Money Do Twitch Streamers Make? 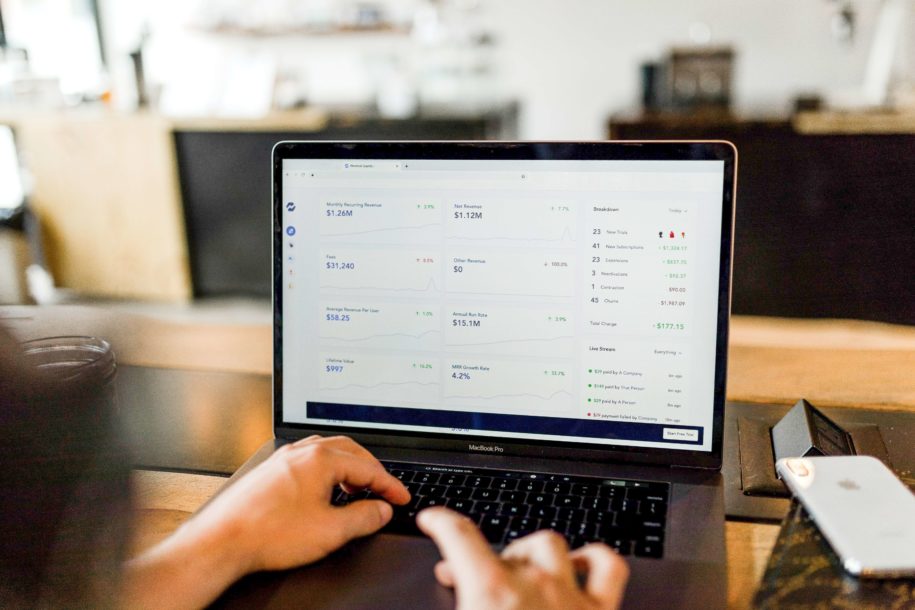 Twitch is the number one go-to site for game streaming. The site hosts over 200,000 channels that stream live videos. Most of the live content featured are of popular games like Grand Theft Auto V, League of Legends, Call of Duty, and Minecraft to name a few.

The site has an average viewership of about 3 million each month. The highest number of viewers was recorded last January 2021 when it reached almost 6.5 million users watching simultaneously.

Before Twitch became famous in 2011, it was known as Justin.tv, named after the founder himself, Justin Kan. The site was initially modeled to be a Big Brother type of streaming, where the founder shot his daily life on live camera for anyone to watch in real-time. It had mixed reviews. The founder, wanting to make his idea a success, listened to feedback and the site eventually evolved into letting other users stream their own videos. And so, the gaming community found a home where they can play their game, stream it, and earn money in the process.

Do Twitch streamers get paid for views?

Twitch pays streamers, according to the CPM model, for every 1000 views.

The platform functions the same as YouTube videos, where the streamer does not gain from video views per se. The users have to watch advertisements for the streamer to generate income from views.

What are the sources of income for Twitch streamers?

Since streamers do not get paid per view of their videos, they have to come up with other ways to generate revenue to continue producing live streams. Here are the various avenues Twitch streamers earn from:

A lot of content creators rely on donations from their followers, and Twitch streamers are no different. The site lets them include a Donate button that they can put in their channel Bio. This button will provide a way for the fans to directly give money and support to their idols. Donations do not have a minimum or maximum amount requirement, so, the sky is the limit.

Twitch Bits work almost the same as donations. Supporters will purchase Bits or animated emoticons (also known as Bit gems or Cheernotes) on the site. Then for every Bit they use in the streamer’s chat, the streamer will receive 1 cent. For the streamer to earn $10, he/she will need to receive 1,000 Bits.

Once a streamer has become an Affiliate or a Partner, their channel is eligible to get subscribers. There are currently 3 subscription tiers available on the site worth $4.99, $9.99, and $24.99 per month respectively. Each tier provides certain benefits to the subscriber.

For the streamer, getting subscriptions means having a constant source of income. The streamer gets 50% of the subscription earnings each month. For more popular streamers, this can go as much as getting the entire amount of subscription fees. The average streamer may receive $3,000 to $5,000 each month.

Making money through running advertisements is only available to Twitch Partners. This is an exclusive status that the site awards to notable streamers. This is by invite only and the conditions to qualify are unknown. However, here are the minimum requirements to meet to at least be eligible to be a Twitch Partner:

Companies or brands are on the lookout for more ways to promote their products or services. Giving out sponsorships to streamers is one way to target the audience they want.

If a streamer has more than 1,000 viewers at a time, this is a good indicator that featuring the product or service in the live video is worth it. The game streamer has a good chance to get a sponsorship from gaming brands.

Streamers may also ask companies or their followers for sponsorships to an upcoming competition or big event. They can sponsor the tournament fees, transportation, uniforms, food, and lodging for example. Having sponsorships will greatly help the streamer achieve more.

Being an Affiliate or a Partner automatically enables this feature on Twitch. Underneath the video stream, promotional items like games and in-game items are shown. Users can buy these by clicking on the links. The streamer will receive 5% of revenue from these purchases.

An Affiliate or a Partner can sell their personalized merch online through the Twitch Merchandise Store or on Amazon since the company owns Twitch. This provides a hassle-free source of income. All the streamer has to do is upload his designs and Amazon does the rest. Fans love purchasing merch from their idols to show their support.

Twitch streamers often also go live or upload a copy of their videos on their YouTube account. They get some revenue from ad views on their videos on the platform. This also provides an additional venue to reach more audiences and gain more social media traction which will attract the attention of more brands and potential sponsors.

How Much Money Do You Get For Running An Ad On Twitch?

A streamer with about 50 to 100 subscribers can typically earn around $250 a month from subscriptions. For a streamer with 1,000 followers, let’s say half of them purchased a $4.99 per month subscription, and the streamer gets the usual 50% rate of the subscription fees as income. This would total to $1,250 in earnings per month.

An established streamer will make around $3,000 to $5,000 each month just from subscriptions.

Twitch Partners, on the other hand, are eligible to get additional earnings from running pre-roll ads. Twitch streamers sign a non-disclosure agreement upon being invited as a Partner. Each Partner receives a personalized computation for ad revenue earnings. Consequently, no one really knows how much streamers earn per ad view.

However, some factors can be used to determine the amount they earn on Twitch. Twitch pays an estimated amount of $2 to $10 for every 1,000 views. The months of June, October, November, and December are considered peak seasons. As such, advertisers pay more per ad.

These are the top Twitch streamers who are earning through Twitch and other income-generating venues. The amounts are estimates since there is information that these famous streamers do not or cannot disclose.

Born in Detroit as Richard Tyler Blevins in 1991. His fame started in 2017 from streaming, joining tournaments, and playing Fortnite Battle Royale. He is currently the most-followed streamer on Twitch with over 16.8 million followers. He streams his gameplay of Final Fantasy XI Online, Knockout City, and Fortnite.

Ninja is also well-known for his charitable efforts, donating huge sums of his tournament prizes and doing fundraisers for the benefit of the American Foundation for Suicide Prevention, Alzheimer’s Association, and other charities.

Born in Canada as Michael Grzesiek in 1994. He was a professional player of Counter-Strike: Global Offensive, joining big tournaments from 2013 until his retirement in 2018. Since then, he has become a full-time streamer on Twitch, gaining 9.3 million followers. He streams videos of his gameplay of Valorant, Dying Light 2: Stay Human, Escape from Tarkov, and World of Warcraft among other well-known titles.

Born in the U.S. as Timothy John Betar in 1990. He started his streaming career back in 2012, featuring games like Counter-Strike: Global Offensive, World of Warcraft, and later on, Overwatch and Fortnite. His channel has garnered a total of 6.7 million followers.

TimTheTatman won the award for Fan Favorite Male Streamer/Gamer of the Year in 2018. He also joined in fundraising events for charity.

Touted as one of the best in the game Call of Duty: Warzone, he streams that on his Twitch channel and another FPS (first-person shooter) video game called Valorant.

Born in Florida as Turner Tenney in 1998. He is a professional esports player of the game Fortnite. He used to stream games like Destiny, Call of Duty, and H1Z1. He moved on to play Fortnite Battle Royale because of the game’s popularity. His Twitch channel has 10.5 million followers and mostly streams Call of Duty: Warzone nowadays.

Born in Spain as Rubén Doblas Gundersen in 1990. He became famous on his YouTube channel for playing The Elder Scrolls V: Skyrim before he hopped on to Twitch. He now has 9.4 million Twitch followers. He streams Minecraft and Final Fantasy XIV Online these days.

How to Get Started Making Money on Twitch

For you to start making money on the streaming platform, you need to first become an Affiliate. As an Affiliate, you will get certain privileges and the chance to get subscribers. There are 4 criteria that you must fulfill before becoming a Twitch Affiliate. You need to:

These requirements need to be done in the given timeframe or else your progress will be reset. Then you will have to do it all over again. Once you have fulfilled these requirements, Twitch will automatically upgrade your account and send you a notification that you have become an Affiliate.

This means that will have the opportunity to earn money through these:

If you plan on being a full-time streamer and would like to increase your monthly income, you may try to work your way into being a Twitch Partner. This is a by invite-only status on the platform. There is no assurance that you will be invited, but meeting these requirements will certainly put you under their radar. To be a Twitch Partner, you will need to:

Once you have been invited to be a Twitch Partner, you will be able to start earning from running ads. This will give you additional thousands of dollars a month. Though, you do have to balance how many ads to show because too much will turn off a lot of viewers.

Is Being a Streamer Worth It?

If you are planning on being a streamer as a hobby or a side job, make sure that you have another stable source of income. Building a channel and gaining followers will take some time. You cannot rely on your Twitch channel to provide for you if you do it part-time.

You will also need to invest quite a huge amount for your gear right from the start. You will need to purchase a high-performance gaming PC, an HD streaming camera, a good microphone, and have a subscription for a high-speed internet connection. You cannot provide an excellent stream to your viewers if you do not have these.

So, is it worth it to be a streamer? Yes, if you plan on doing it as a full-time job. Making a career out of being a streamer nowadays is quite normal. The money on Twitch is decent. And if you become very successful, you may even become a millionaire. Aside from reading a guide to Twitch streaming, you just need to get more Twitch followers who will religiously watch your streams.