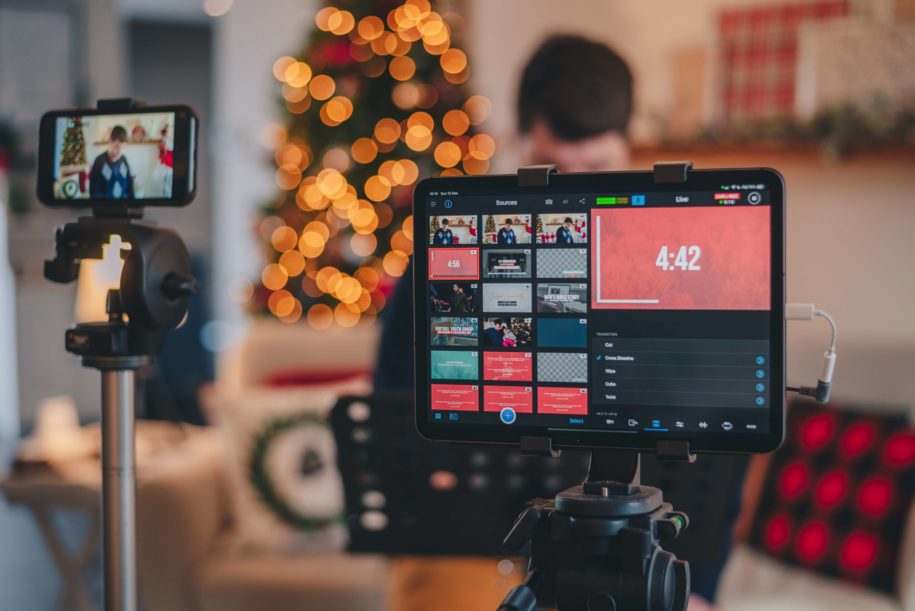 Posted by Maddie Schultz on February 5, 2023 | Featured | No Comments

Playing games all day, every day is what many consider as ‘the life.’ You probably know more than a few people who are living this so-called life. These people hole up alone in their mom’s basements and game their life away. It may seem fun, maybe. Enticing, even. But inside you, you feel that there has to be a little more ambition to life. Thank God for Twitch streaming.

So you search up the internet for the ultimate beginner’s guide to Twitch streaming and here you are ready to take on the world and change your life for the better. Read on, valiant stream squire, and may the Twitch growth gods be ever in your favor.

Twitch is the prime video game-focused live streaming service that has quite single-handedly put professional video gaming to the forefront to be globally recognized as E-sports.

Twitch has helped video games and gamers alike in a way that nothing has ever done before. Before Twitch, Video games were just a favorite topic we and our parents fought about. Since Twitch, professional video gaming has garnered the respect and vindication it sorely deserves. This absolution to video games and gamers has opened up a whole new world for anyone who loves video games by showing the world that now, via Twitch, gamers can have a valid career that pays way more than the average salary.

Why is Twitch so Popular?

Majority if not all the most popular international E-sports competitions are broadcasted on Twitch. This has hand-in-hand built up E-sports and Twitch to the internationally recognized figures they are today and has invented a new kind of entertainment that younger people thoroughly enjoy; video game live streaming.

Video game live streaming was destined to be a hit because viewers of these streams recognize and can immediately relate to the streamed games they play. Involvement and interactivity are very high as streamers and viewers can chat with each other in real-time. This gives everyone in the community a high sense of inclusion. It also helps that Twitch has a streamer for every game that people play.

Take advantage of Twitch’s relevance and popularity and make a career and life for yourself just by doing your favorite hobby. You have always been told that playing video games will get you nowhere. Maybe it’s about time you proved them wrong.

Guide to Streaming on Twitch: What Do I Need?

Your computer should have decent speed, should not struggle with graphics quality, and be up to the task of doing all the things a streamer should do without costing an arm and a leg. Since this is the beginner’s guide to streaming on Twitch, let’s discuss what getting a good computer as a neophyte streamer entails.

If you are funding your PC or upgrading what you already have, you must strike a balance between not spending too much and having a computer that will not have any performance or compatibility issues with Twitch streaming.

Never mind that you won’t have your dream rig and fancy peripherals just yet. All those will come as your streamer popularity increases. Eventually, you will afford the best computer money can buy, or you might just get sponsored by the major computer brands and get all the latest goodies for free.

For now, you must be grounded and be smart about your spending.

Gaming alone demands more from the CPU and GPU units of a computer. Gaming while streaming will dictate that only high-performance CPU and GPU units are the only viable options and these aren’t exactly cheap. Luckily, there are several CPU and GPU options that won’t break the bank.

CPU: If you plan to use one computer for both gaming and streaming, here are 3 budget-friendly CPU’s that can handle the job:

GPU: Go for a blend of performance and affordability with these:

16 GB of RAM will suffice and is enough for the multitasking loads of a streamer.

This will be the base of operations from where you will launch your streamer dreams. Sign up with Twitch and start streaming gameplay videos of games you are good at.

Go to Twitch.tv and click the ‘Sign Up’ button, fill up the pop-up form, verify with an e-mail code and you will be able to customize your profile as you see fit. Pro tip: pick the best recent photo with your face. Studies show that viewers favor content creators that they feel they know better. Showing your face is step 0 to this process.

You can only stream on Twitch if you enable the 2FA. Go to your Twitch Security Settings and enable 2FA. Twitch will ask for a mobile number for you to receive a 7 digit authentication code. Verify this code and you will be asked to scan a QR code. Follow through with all the on-screen instructions until you set up and authenticate your 2FA for you to be able to broadcast on Twitch.

3.  Use a Streaming Software

There are several of these streaming software options available for you as a game streamer on Twitch. Finding what will suit you will depend on your needs, so it might be worth knowing what you need and what features make each software unique.

Here are some paid and free streaming software that you could use:

A feature of OBS Studios worth mentioning is that it is compatible with various operating systems; Windows, Mac, and Linux. OBS Studios can be used not just for Twitch but for other streaming sites as well.

The donation page, OWN3DPRO Music, and Twitch chat integration features in the paid version are a huge reason why Twitch streamers choose Own3DPRO.

Viewers stick around and watch popular streamers not just for their elite skills and big plays but because of something else they offer like hilarious banter, singing, or rap skills. All these additional skills you might have will only be put on exhibit if you have a decent microphone that captures all you have to say.

If you don’t have the budget for a stand-alone mic, you might get away with using a gaming headset with a built-in mic during the start of your streaming career but having a great stand-alone mic that provides great audio quality for your streaming makes sure that your audience will hear what you say – an important thing for the audience to stay and keep watching your stream.

Here are some of the latest stand-alone mics that you could save up for:

A stream is not complete without showing your face. Viewers love to see their favorite gamer’s reactions and facial expressions and a good webcam is integral for this. An ordinary webcam might be fine, but an HD stream will garner more viewers and subscribers. If you are still saving up to replace your stock webcam, it is worth taking note of this list of excellent budget-friendly webcams:

If You have the additional budget, you can go for these accessories to add production value to your stream.

Going Live: How to Stream on Twitch

You’ve got everything covered; you have your PC and its peripherals, a Twitch account, and streaming software. Now what? Press “Start Stream” because it’s time to go live on Twitch!

Setting up your streaming on Twitch is as simple as following these instructions:

How much do beginner Twitch streamers make?

The amount a beginner Twitch streamer can make varies greatly and depends on multiple factors such as the number of followers, viewers, and subscribers, as well as the type of content they create and the frequency of their streams.

Most beginner Twitch streamers earn very little in the beginning, but as they grow their audience and gain more followers, they have the potential to earn more through donations, subscriptions, advertisements, and sponsorships. It is not uncommon for successful Twitch streamers to earn thousands of dollars a month, but this level of success usually requires significant time and effort to build a large and engaged audience.

Keep in mind that earnings on Twitch can also be influenced by various factors such as the Twitch Partner Program and advertising rates, which are subject to change over time.

Good Habits Successful Twitch Streamers Have that You too Can Do

The most successful Twitch streamers don’t get millions of hours watched just by mere luck. They have a solid regimen they follow and all their streaming is governed by a couple of principles that they religiously follow. You, too, can be as big or bigger than them if you take these habits and principles to heart and practice them like it was your profession. You are here to learn how to be a professional streamer after all.

1. Find Your Niche on Twitch

Have just one game they stream on Twitch. It is easier to be known as a streamer who is consistently and reliably streaming one game than to be the streamer whose viewers can’t tell what game they will play and stream at any given time.

If your Twitch profile says you stream every day from 1 pm to 8 pm except Sundays, then by hook or by crook, stream every day from 1 pm to 8 pm! Missing even just one day of streaming will turn off viewers discouraging them to be subscribers. This effect is true with donors and sponsors as they won’t be too keen on supporting a streamer that can’t be reliable with their streaming schedule.

Take your game seriously and get better every day if your game is a stage for competitive gaming like DoTA, CS Go, or Valorant. If you stream casual games like Minecraft or Animal Crossing, work on your personality, antics, and shenanigans, and grooming to help retain viewer interest.

4. Work on your Personality

Most neophyte streamers’ personalities flatten out and go dull when streaming games as streaming is a multitasking flurry that it is hard to keep viewer entertainment at the forefront of your concentration.

Sing, rap, or crack jokes during loading screens if you are any good at those. If you can’t, don’t fuss and find out what other entertaining qualities will suit your personality. Maybe wear wigs, costumes, or do any shenanigans that you are comfortable with. Whatever you choose to do for extra entertainment value, make sure you are comfortable doing them because this is the only way these will come across as entertaining and not weird and affected.

5. Interact with Your Viewers

Streaming and shyness can’t go together unless you want to come across as a snob. Nobody wants to follow a snob who can’t reply to their comments. So, reply, say hi, thank everyone watching however little or massive your viewership gets. Be a good and courteous human being while also being entertaining.

You have now been imbued with the basic knowledge of being the next big thing in Twitch gamer streaming! Change your life and be on your way to conquering the gaming universe!