How to End a Twitch Stream? 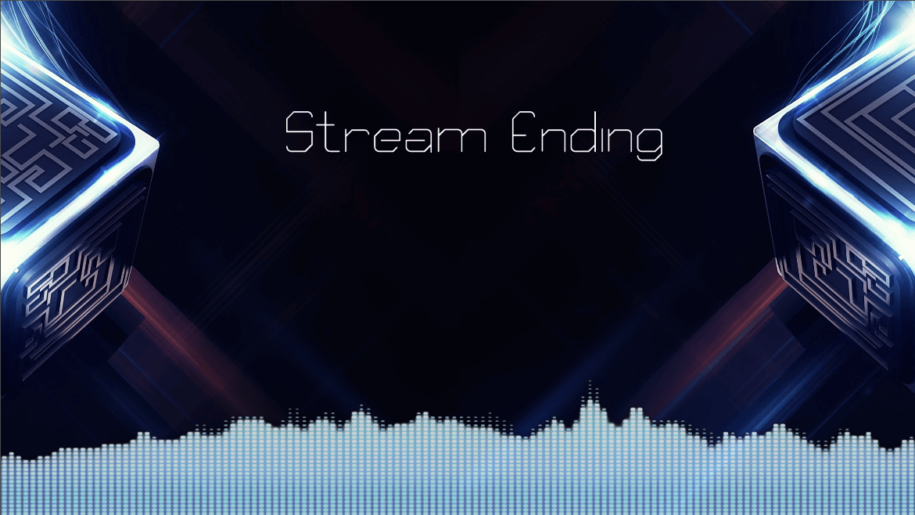 Do you like a movie that has a spectacular beginning, an engaging second act, but a disappointing ending? The same is the case with a Twitch stream. You may start it off with a bang and sprinkle it with enough interesting bits in the middle. But if it ends on a dismal or abrupt note, then you may not get the positive reaction that you deserve from your subscriber base. Expect a few negative Twitch emotes instead!

Stream critics are a dime a dozen out there, so tread carefully. To amass more positive reviews, you need to know how to end a stream on Twitch not only professionally but also with a flourish. Have you managed to keep your viewers hooked right till the end? Kudos to you! It’s time to leave them in awe of you and your content. It’s time to end your stream like a pro. Here are a few tips that will eventually get you there.

Ending a stream is an art form that can be acquired quite easily and by anyone and everyone. You don’t need to leave your viewers with something extraordinary every single time like they do in great movies. But if you have something phenomenal on your mind, go ahead and say it. Video streams are more similar to TV shows or web series. You should keep the viewers returning for more at each episode’s end. Here are a few top-notch tips to help you out.

Was your stream longer than five minutes? Then, it’s bound to be filled with a boatload of information. To help people understand what you said better, recap the gist of the game content in brief. You don’t need to write a separate script for the same. You can simply narrate the important points of the outline of your original script.

If a cliffhanger works for movies and TV shows, why should it not work for game streams? For instance, you may have reached the final stage of a newly developed game. End the stream as soon as you enter the unlocked area. Leave the final showdown with the boss for your next video.

Will you be doing another live stream of the same game or any other shortly? Let your viewers know the tentative date and duration of the stream. Give them a verbal sneak peek as well if you can.

A game stream doesn’t entirely have to be about the game itself. Wondering how to gain followers on Twitch and other social media accounts? Urge the viewers to do so by listing out your usernames or social media tags near the end of the stream.

In the midst of all the technicalities of video streaming, streamers often tend to forget to thank the audience for their time. This is the most important bit of ending a stream because the viewers feel valued, eventually prompting them to visit your channel again.

All these tips will be absolutely worthless if you don’t know how to actually “end” the stream in the technical sense of the word.

How to End a Twitch Stream on PC?

Ending a live gaming Twitch stream can be done with the click of a button. However, it can become a bit tricky, especially if you are using the streaming software Open Broadcaster Software (OBS) for the first time.

How to End a Twitch Stream on Mobile Devices?

Ending a stream on mobile phones is slightly different from that on computers and laptops, but not by much.

Ending a Live Stream on PS4/PS5

Sony PlayStation 4/ PS5 streams can directly be started through the console. Here’s how to end the stream.

Many streamers find it easier to stream separately through a laptop or PC. If you are running your streaming software via a capture card, then refer to the previous PC section to end your stream.

Ending a Live Stream on Xbox One and X/S

Ending a live stream on these Microsoft consoles is more similar to the mobile device process than the console one. Here’s how to end a Twitch stream on Xbox.

Similar to PS4/PS5, a capture card can be used for Xbox as well. Follow the PC instructions for ending the stream if you are using the card.

As you might have surmised by now, it is quite easy to both end a Twitch stream and wrap it up. Going by our first tip, let’s recap! To end your live stream effectively, summarize or recap your content, announce any upcoming streams, ask them to follow you on social media, end it on a cliffhanger if you can, and thank the viewers for their time. So here’s us, signing off on that note and thanking you for reading our article!