How to Squad Stream on Twitch? 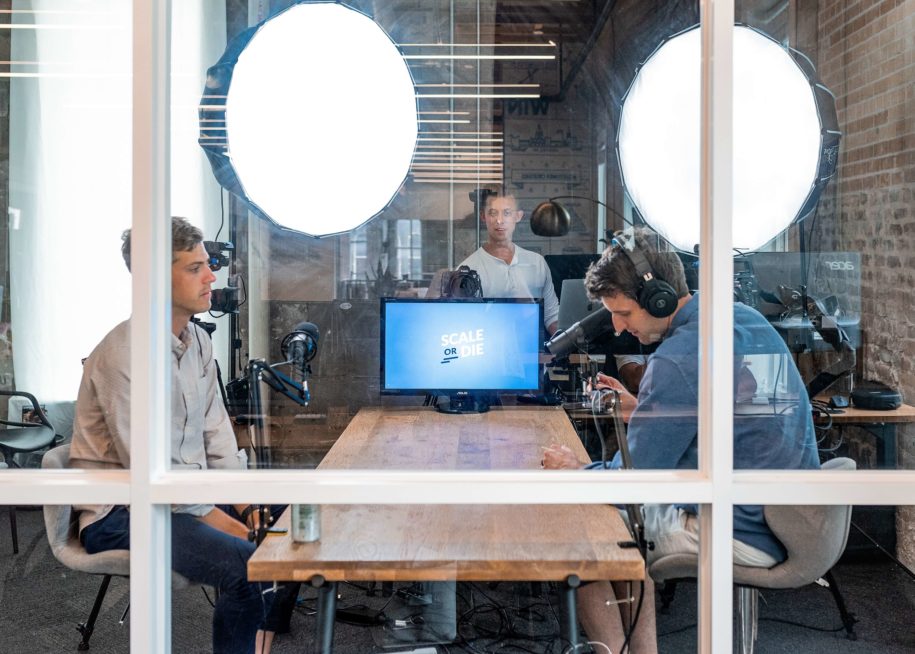 Twitch is a streaming platform that is always working to improve the user experience for both viewers and content creators. With this in mind, they developed a new function on the site known as Twitch squad streaming.

This is one of the fantastic options to broadcast with other popular Twitch streamers, increase the number of viewers, and have fun in the process.

What is Twitch Squad Streaming?

Twitch Squad Streaming provides a one-of-a-kind opportunity to stream many Twitch channels at the same time. This is a long-awaited and well-liked Twitch tool that allows users to form groups and stream together.

A squad or group of streamers can have up to four individuals, one of whom is the Leader. The Leader is the squad’s creator, and he has the authority to ban other users.

Twitch squad broadcasting is an excellent method to promote a variety of games, Twitch channels, assist other content makers, and broaden your network. Instead of viewing other players as competitors, consider them as team members. This way, you can all collaborate to provide high-quality and interesting content while also developing stronger Twitch channels and increasing the number of Twitch followers.

Although squad streaming is available for all niches as long as the creators are members of the Twitch partner program, the most popular squad streaming comes from gamers and video games like League of Legends, Counter-Strike Global Offensive, and other Riot Games.

This is an interesting way to stream and showcase the game from a variety of viewpoints, all while promoting your channel and assisting other Twitch streamers.

How to Start a Squad Stream on Twitch?

Squad streaming is simple on Twitch, but bear in mind that it is only available to Twitch Partners. This is because it requires a lot of high-maintenance applications to keep the squad streaming running well, thus Twitch is restricting users for the time being. Regular and affiliate creators are unable to begin or participate in squad broadcasting on Twitch.

However, if you and your teammates are all members of Twitch’s partner program, you may begin squad streaming in a few easy steps.

How to Watch a Squad Stream on Twitch?

If you are one of Twitch viewers and would like to watch the squad stream and all of their games in action, you can do so in a few simple steps. To begin, search for squad broadcasts by tag or at random, and when you locate a creator who is squad streaming, there should be a “Watch in Squad Mode” button next to the follow and subscribe buttons.

By clicking on this option, you will be sent to the squad stream of all users, with the creator you choose at the top and on the largest screen. You may switch between players and view the action from various perspectives.

How Does the Squad Stream Monetization Work?

When you are one of the streaming viewers of a squad stream, you may see all of the players on one screen, but there is always one primary and largest screen. On that screen, you will see the current Twitch streamer you are watching, and all of the tips and subscriptions are exclusive to that individual. There is no way to follow the team stream or tip them all at once.

How to Communicate on Squad Streaming?

Players in the squad are unable to interact over the Twitch server and must rely on third-party programs to do so. There are several programs available, with Discord being one of the most popular.

As a viewer, you may leave comments and Twitch Bits in each streamer’s individual window. This might be a terrific method to help other streamers while also networking on the Twitch platform to promote your channel.

How to Squad Stream?

Squad streaming can be terminated in a variety of ways. If the internet connection fails and the stream ends abruptly, the stream of that player will be stopped. If that person was the Leader, the next player that joined the live stream will take over as Leader, and so on. If a squad member does not follow the rules or otherwise interferes with the video quality of the broadcast, the team leader has the authority to remove him or her from the squad.

Squad streaming on Twitch is a fantastic way to express support and team spirit while also having fun. It can also help promote your Twitch channel, increase the number of followers, while also assisting other users by directing your viewers to their channel.

It is simple to set up, but it is limited to Twitch partners with the hopes that affiliate members will be allowed to squad stream soon enough.